Providing the US Military a Chance to Buy Local 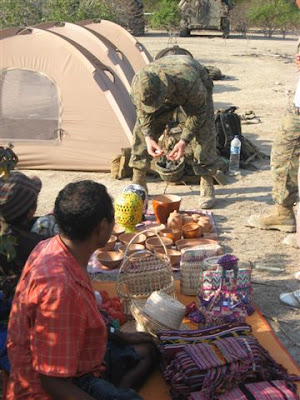 Local vendors organized by PDT sell their handicrafts to visiting US troops.
Peace Dividend Trust’s (PDT) micro-matchmaking (M3) Manatuto district representatives Benigno Umberto Carvalho and Fransisco Remedios Quintao understood that with just over a week in town, members of the US armed forces had limited time to spend locally. And so, within a few hours of arriving on the shores of Timor-Leste, the military members camped in Manatuto were met by the M3 team who introduced PDT’s micro-matchmaking service. The troops were very receptive and quickly voiced their interest in purchasing locally produced Timorese handicrafts. On October 17th, less than a week later, Mr. Carvalho and Mr. Quintao organized a group of eight suppliers who personally traveled to the US encampment and came away with over $100 in immediate revenue. With around half of Timor-Leste’s population living below the poverty line of USD 0.88 per day, transactions such as these can substatially improve a family’s standard of living.

PDT’s micro-matchmaking team now works in 9 of the 13 districts (all except Aileu, Dili, Ermera and Liquica), facilitating the spending of international dollars in Timor-Leste’s rural areas where a little goes a long way. Since its establishment in 2007, the team has assisted with over 7,000 transactions, directing $4.5 million into the local economy. 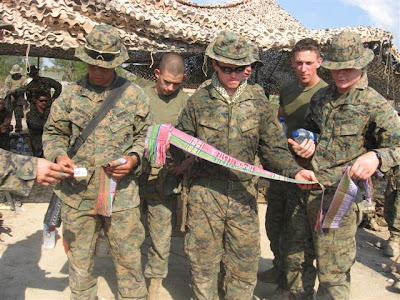