A $1,460 Deal for Manatuto Soybean Farmer 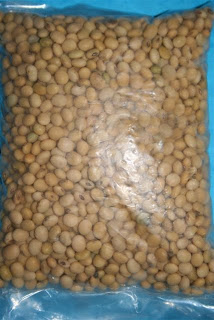 With the aid of PDT’s district Matchmaking (MM) team, local Manatuto farmer Abilio Joao Martins was able to find a buyer for 2,921kg of soybeans worth $1,460.50.

Gilberto Amaral, PDT’s Viqueque District Representative, was contacted by a previous client, Mr. Venancio Siqueira Ximenes, who had purchased a large sum of soybeans in Viqueque. Mr. Ximenes, satisfied with his first purchase, sought an additional quantity of soybeans to sell to wholesalers in Dili. Mr. Amaral in turn contacted Matchmaking staff in the district of Manatuto who were able to quickly link Mr. Ximenes with Mr. Martins, despite the fact they had never met face to face before. 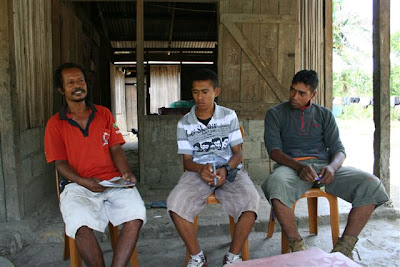 After the transaction, Mr. Martins expressed his satisfaction with PDT’s Matchmaking system in the districts, citing that its services motivate him to continue to work in the agricultural arena. This particular sale of soybeans has substantially increased both Mr. Martin’s income and standard of living. As a result, his children now have four bicycles to go back and forth from school each day. Currently, PDT’s Matchmaking teams operate in 9 out of the 13 districts of Timor-Leste. For more information about the Matchmaking program, please contact Ilidio Ximenes +670.723.3335 or Brigida Soares +670.729.8264. For addition inquires about PDT’s operations in  Timor-Leste, please email timor-leste@pdtglobal.org.